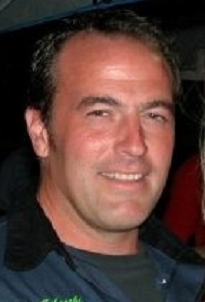 Dave began his Offshore Racing career in the Reindl One Design Series, finishing second with Deana Paolella at the 2002 World Championships in Key West, FL.  He continued racing when the OPA Series began by racing the Wahoo Batboat in class 5, and winning the 2006 Class 2 World Championship in their Wahoo AMT Superstock Cat.  This was an amazing feat considering the competition and the rough water conditions.

2008 was certainly his banner year while throttling the Reindl One Design boats, a Reindl 28 Vamp open cockpit, and Cleveland Construction – a Talon Super Cat.  He started off winning in Class 5 Havasu and the 2008 OSS and POPRA National titles in Lake of the Ozarks.  He also pulled off one of the most dominating race seasons of all time with Ed Smith (Owner/Driver) of Riversbend Marina in the Cleveland Construction Super Cat.  They won the 2008 Class 1 National Championship, the Geico Triple Crown, the overall High Points OPA Championship called the Stuggots Cup, and finished the perfect season by winning the 2008 World Championship.

Dave, affectionately known as Glassdave on OSO, is a fiberglass and paint specialist in Toledo, OH.  He is a Safety First guy, and is constantly innovating new ways to keep offshore boats safer, not to mention looking a whole lot better.